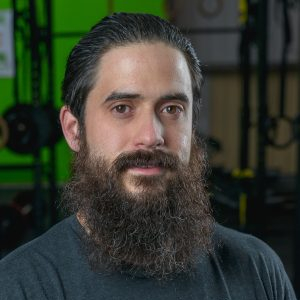 Have you ever heard the quote, “You have to hit rock bottom in order to turn things around?”

In December 2009, my 6’1” frame stood on the scale staring in disbelief at the number before me…. 335 lb. I hit my rock bottom that day at the age of 26, and following the purchase of a bicycle, I set off on my journey to physical improvement.

Over the next two years, my fitness level and overall health improved with my new interest in cycling. I met many personal goals and enjoyed great pride in my accomplishments, which include my first MS-150 bike ride from Houston to Austin in April 2010, and my first half-marathon at the Aramco Houston Half Marathon the following January (2011).

Even though I had come quite far, I also found myself very unsatisfied with my physical appearance. I hit a plateau at 250 lb. and remained there for over a year and a half. I was particularly frustrated by my inability to achieve additional weight loss or further improve my body composition via muscular gains. By early 2012, my weight climbed to 265 lb. due to my frustrations.

Fast forward to May 2012, and I found myself standing in my CrossFit class. I did not know what to expect, but I was greatly inspired after observing a CrossFit competition the previous week.

CrossFit quickly became an integral part of my lifestyle and I was a changed man through those 3 classes a week. I knew that I wanted to coach someday and help others defeat their personal struggles in the same manner CrossFit allowed me to overcome my own.

After relocating to CrossFit Equality in February 2013, my desire to coach became much stronger while training under CFE’s ownership. I knew that I wanted to be a part of the awesome things happening here at CFE.

Today, I am 185 lb., but more importantly than the number, I am in the best shape of my life. Now that I am one of the CFE coaches, my goal is to help all members obtain their personal goals and experience all the successes the CrossFit lifestyle has to offer