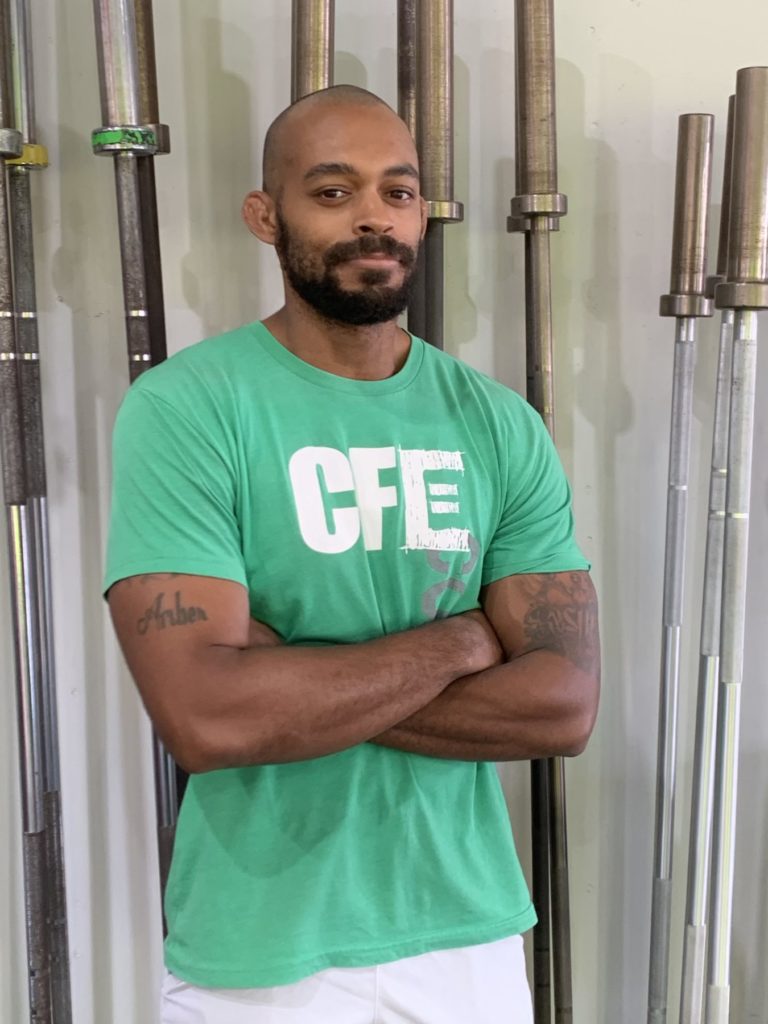 I had never considered myself to be an athlete or athletic. I did not play any team sports in high school and my only workouts were in my martial arts. It wasn’t until I was in the military that I got interested in working out. Even then it was only pull-ups, push-ups and sit-ups with a little weightlifting.  After leaving the military I started training in Jiu Jitsu, boxing and kickboxing to stay busy.  My training eventually led me to coaching, which I truly enjoy.

I discovered CrossFit when one of my Jiu Jitsu gym members talked me into competing in the CrossFit Open, which is an annual test of fitness in the CrossFit community.  I accepted the challenge and signed up!  Needing a box to officially compete, I found CrossFit Equality to do the workouts. I still remember completing that first workout, named 20.1, and thinking that was the worst feeling ever. My Lungs were on fire and my muscles hurt.  At the end of that first workout, I was physically unable to talk to anyone. But I kept coming back week…after…week.  When the Open was over I realized that I had enjoyed CrossFit so much I decided to become a member. I really benefit from it mentally and physically but, more importantly, I get a lot of personal growth from helping others to reach their fitness goals.  I like the community at CFE and, enjoy watching everyone have fun while improving their overall health and fitness.